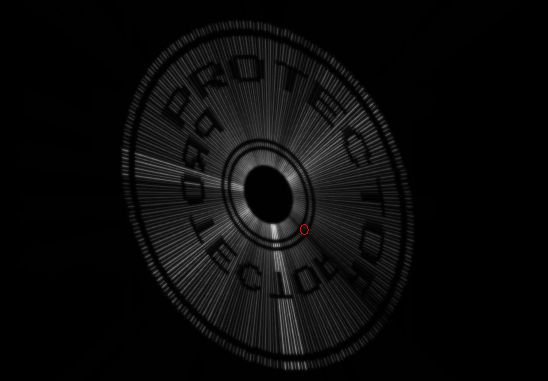 You know – I really like the stuff that Alex Herbert did.

Above is the an image of the “credits” of his Protector/YASI release, a spinning disc with two scrolltexts.
It looks stunning on a real vectrex.

I always was intrigued by it.

Note! – I did NOT reverse engineer his code. Below stuff is not “finished”, cleaned up or optimized, just quickly thrown together code – I did that in about 4 hours, so don’t judge the code to harshly.

Step one – a circle.

I had never given it much thought before. How would I realize a “demo” like that?
Obviously you need some form of circle, radialy printed from some (no – THE) center.

Luckily I have used circles before – so I now how to handle them :-).
I could get the coordinates from the ROM, a function – or just a lookup table. Since I am lazy and Vide supports lazyness and I wanted to get on with it – I took the most simple solution and inserted circle data into my ASM:

Actually you can’t see it, but I “doubled” the data (twice going from 0 to 360° stepping by 1 degree – that is actually already nearly 1,5kB of data! Yeah wastefull – but what the heck I am playing around here). The double data makes it easier later when I have to print the circle starting at different angles. I do not have to worry about out of bounds angles – if I start at angle – lets say 40 I end at 40+360 = 400 degrees. By doubling the data I do not need to check the 360° max. 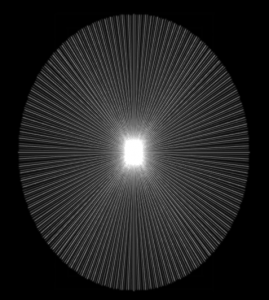 A Loop to print a disc than looks something like:

Step 2 – changing to Raster
Obviously this looks still nothing like the “demo”.

a) have some raster data

For my own quick trials I looked around my directories and found:

The title of Karl Quappe!
If that one works out – perhaps later I will create a FONT and display some text – first some baby steps. 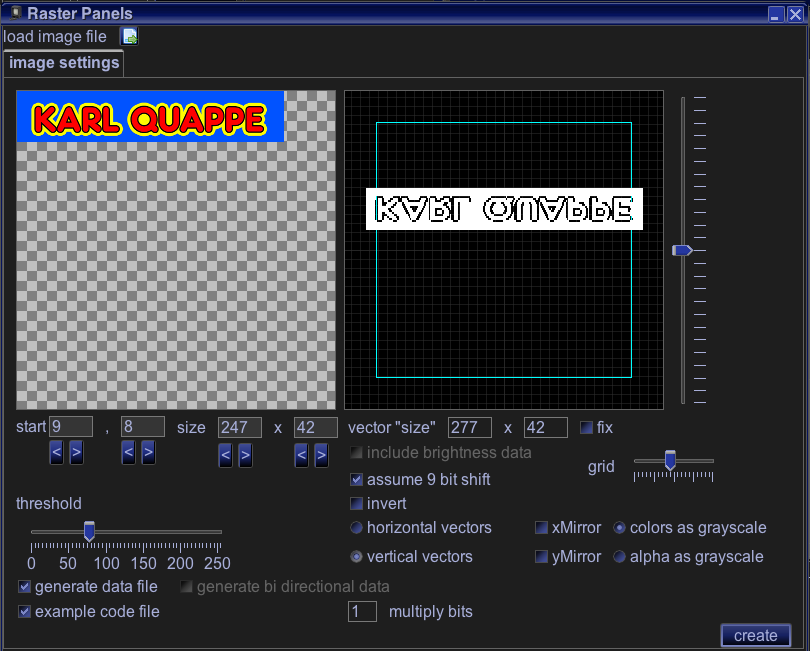 Ok, let me “lose” a few words on that – some important configurations.
a) switch off “generate bi directional data”.
b) switch on “vertical vectors”

And select the selection of the raster data you want to use.

The generated data will than look something like (this is actually the first “K”): 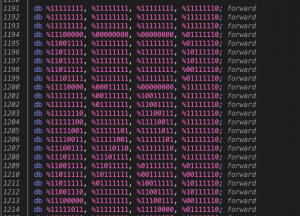 The routine printed above draws just a “line” from the center to the circle coordinates.
Instead of a “straight” line we should print a “patterned” line – and the pattern should be the “patterns” gotten from the raster data.
Patterned lines are always printed by using different “patterns” for the shift register.

So in the above routine in “general” the “jsr Draw_Line_d” must be replaced with a “print one raster line”.

If you replace the last 5 lines of above subroutine with a “raster print” routine than something like that is the result: 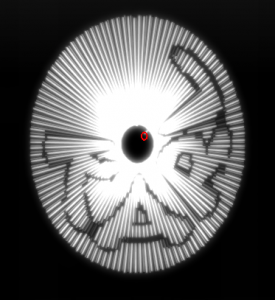 A first “Karl” disc. The discs size is dependend on two factors:

So the above “disc” is a raster image of 32 x whatever length. Since the usual raster font would have a height of 8 pixel I could actually display on the above disc (with the same size) 4 rows of “text”.

The “spinning” of the disc actually is only a change of the “start” angle.

A very nice effect of Alex disc is the rotation, which gives the impression, that the disc is beeing viewed from different angles.

I had to think about that a bit – till it dawned on me, that the different “view” angle is nothing else than a different “circle data” offset for x and y coordinate.

So if a “normal” circle is printed using the data like:

The only thing I had to do is take the coordinates with “offsets”, like:

If the offset changes slowly over time, than we have the “rotation” effect, following image was taken with a fixed offset of 20°.
In the above listing the “OFFSET” would be = 40. 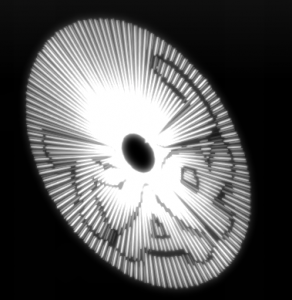 For my personal “final” I print 5 shifts, the inner “shift” raster ensures a correct disc hole and two stripes. I changed the “outer” bitmap to also display a little “stripe”.

I added an intensity setting for each line, so the disc “shimmers” a little.

Alltogether for about 4 h work it looks good.
It does not look as polished as Alex disc, at least the intensity settings of his are cooler. Also I never did the real “font” stuff (scrolling in different directions is peanuts…). But it was a little “explorational” coding – I probably will not use it further.

Astonishingly the current version refreshes well under 50Hz. I think it is one “shift” bigger than Alex disc. 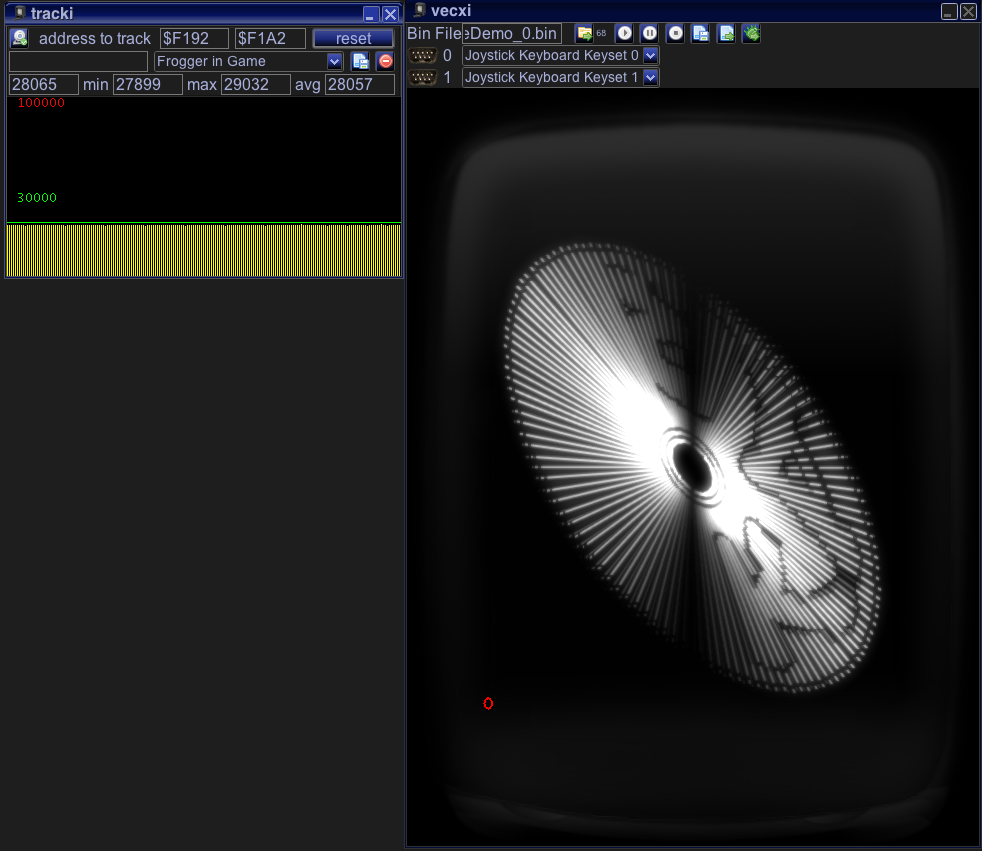 … and a short video. If I ever clean up the sources – I will include them with Vide.