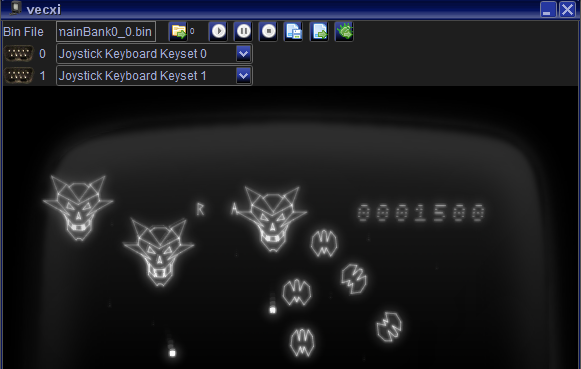 After some pondering – I decided I just keep going and see where coding leads me.

Thanks for all suggestions and kind words!

Following optimizations have been done:

– halfed the animation size of (most) bonus

– rotation of enemies are now only 8 directions (instead of 16) 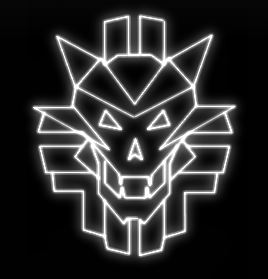 To get a “feeling” of the size and stuff that is missing I copy/pasted from Release the title music and highscore table/ editing / saving.

I plan to implement an “own” Game Over and Highscore screen at one time – but for now its usable and hopefully uses about as many bytes as the things I plan to do.

I decided on a theme for the next levels – which will be more “robotic” – and the new “Big Bug” will look a bit “sinistarish” – “Beware they live!”

I’ll probably reduce the vector count considerably from above image – but that was a first “start”.

Lets get a bit more into the game “mechanics”.

Enemies are defined with an EnemyDefinition.

Normal enemies
– enter the game in patterns
– behavior of pattern and intro can be modified with “ADDITIONAL_TYPE”
– normal behavior:

The normal behaviour of an enemie can be modified by “ADDITIONAL TYPE” definitions, as of now: 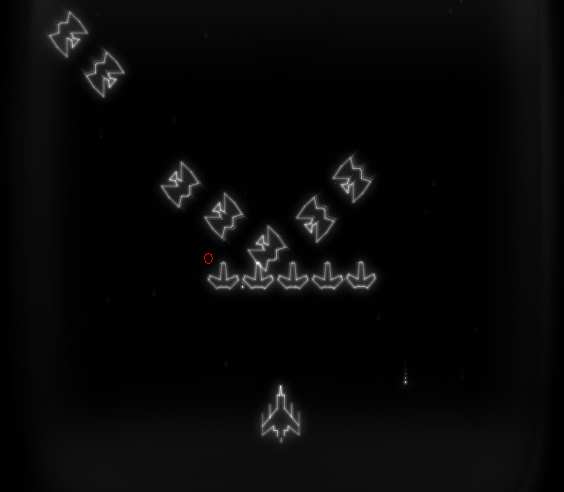 The above shown blockers “protect” the attacking enemies. Each blocker in the example has about 20 hitpoints.

Thats all for today.

8 thoughts on “5th of April – Vectorblade VIII – Beware I live!”