Over the last weeks some Vide changes were accumulated. Vide is now available at version 1.19 and the 1.20 is nearly in a state that I might release it.

I will give a short overview of what (main) changes were done.

Part one 1 – Isidro!
Isidro is a guy I “met” on facebook, he is a dedicated TRON and general retro fan who likes to delve in vector graphics. He started with the Vectrex animaction cartridge, but lately tried his projects in Vide -> vecci. The working together was not always easy – on both parts. It was more in the form of a classic meeting between “artistic guy” on the one side and “computer nerd” on the other… so quite often one of us said one thing while the other understood something totally different :-).

Anyway – I hope at latest with version 1.20 – Isidro will not be in total dismay any longer.

Following enhancements were mainly done for Isidro:
(If you are in the facebook group – or watching my you tube activities you might have seen one or the other video describing what I implemented) 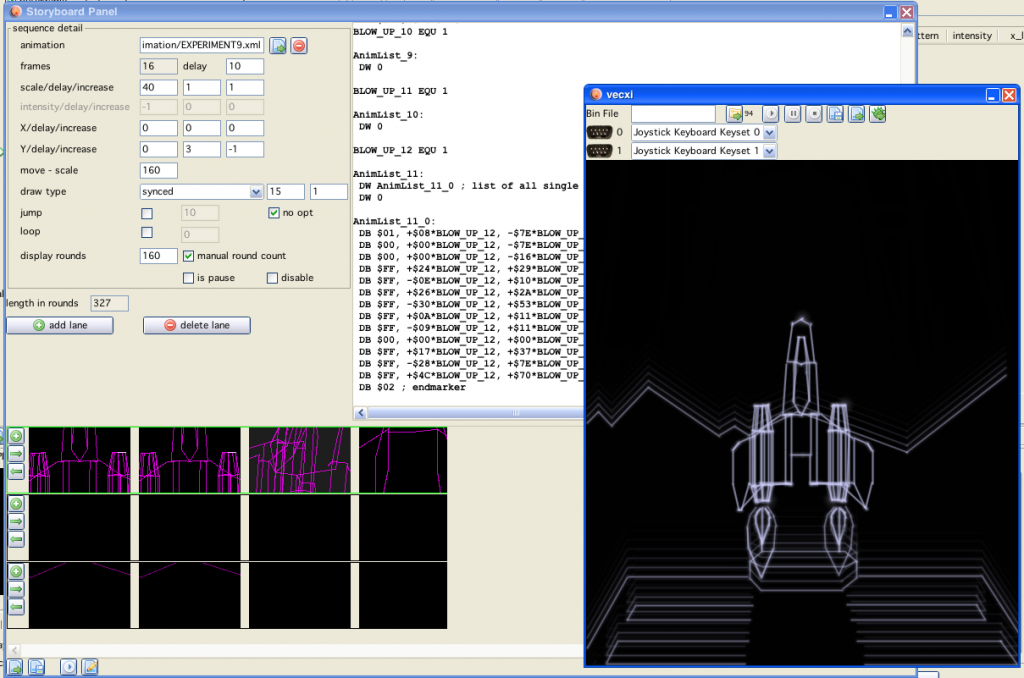 The storyboard is accessable via Vecci. Within the restrictions of vectrex (being memory and the number of vectors that can be displayed without getting eye-cancer) – you can build “stories” from different animation sequences.
It is possible to have several animations (build with vecci) run in sequential order – or parallel to each other. 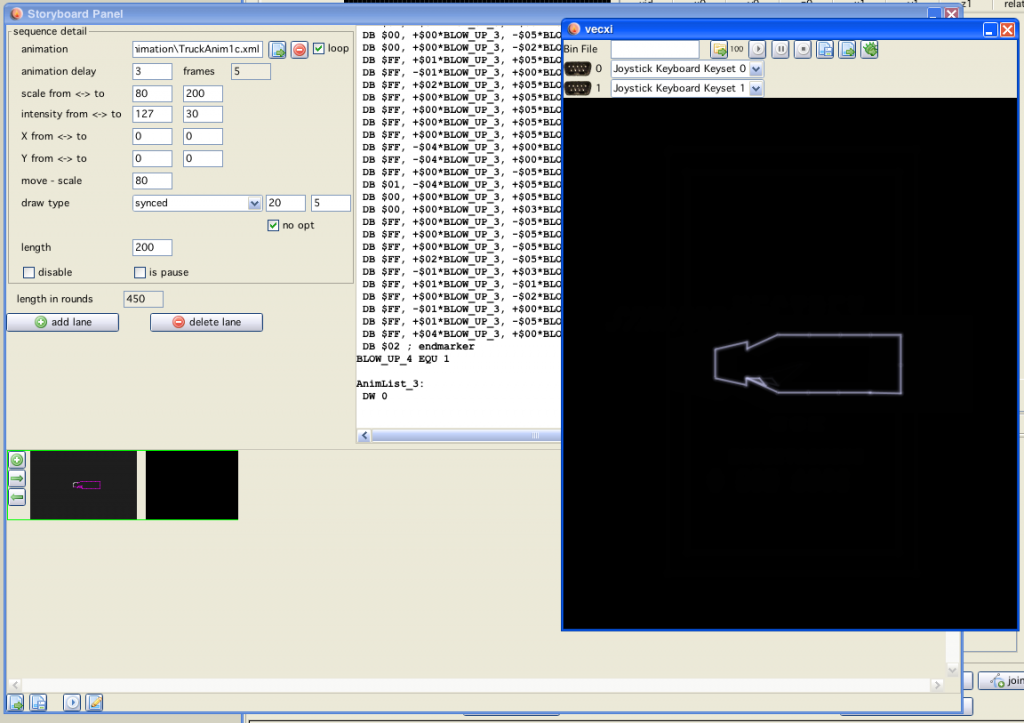 This one is not released yet. My hope is that it is a little bit easier to understand and use.
If not in the current state, so my hope is that with more user input this one will get easy enough :-)!
The first version will be available with V1.20.

To further support 3d editing a new editor window is available.
Within this window a vectorlist can be viewed and edited with free rotating view angles. Documentation how to use is available in Vide. 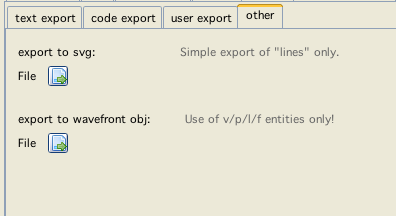 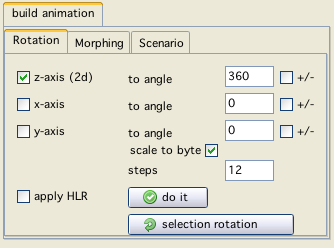 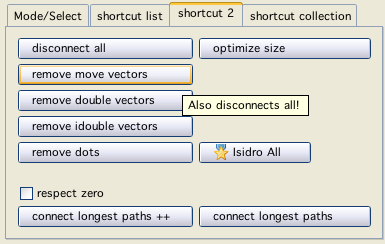 Documentation for these features is also available within Vide.

SID
I received a request to emulate the SID chip within Vide. While at first it sounds “strange” to emulate the Commodore C64 soundchip – the idea behind it is a special cartridge design with a SID chip on it.
The prototype of the card already exists and seems to work quite well.
The chips registers are located at “forbidden” vectrex locations (addresses $8000 – $8020). Actually the emulation of that could be implemented in a couple of hours – since there are quite a few open source java C64 emulators available. The used SID emulation is a java version of “reSid” and works (for a few hours of work) remarkably well.
New from version 1.20 will be that it is a “cartridge” feature instead of the spaghetti coded quick and dirty “configuration” option.

Also the SID registers are viewable using the dissi->carti window. 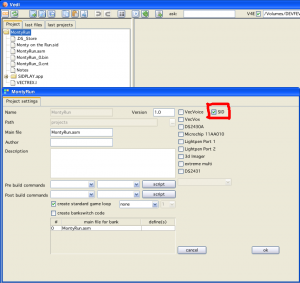 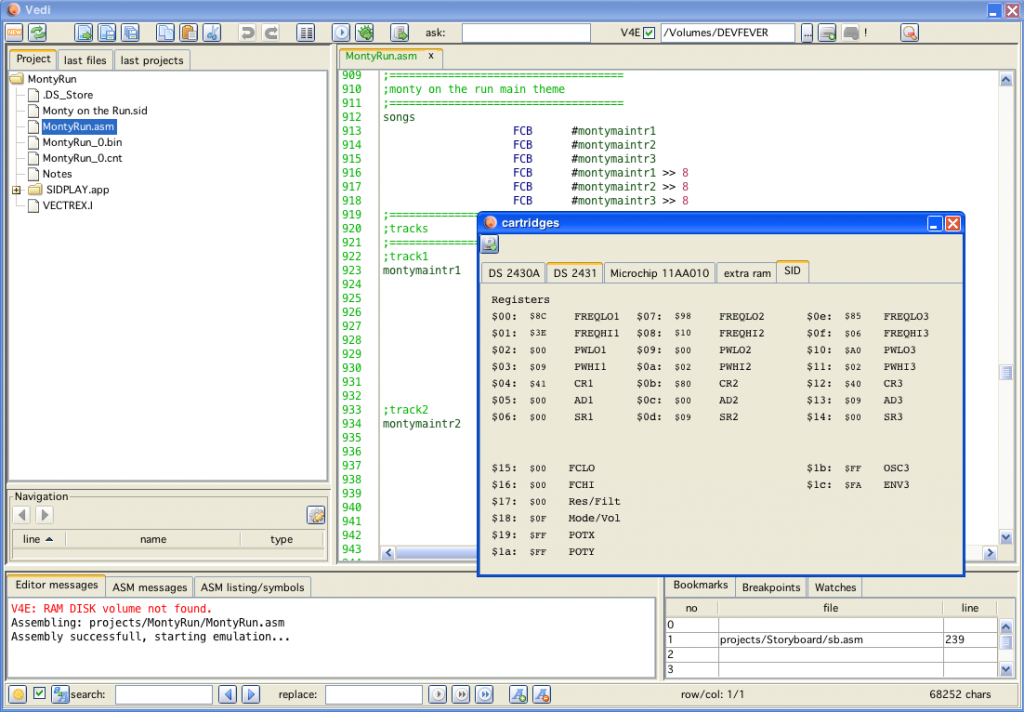 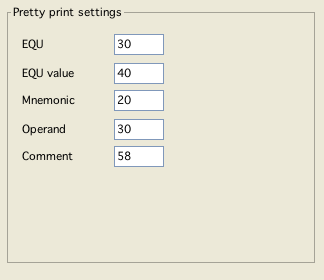 And also the colors of most entities used within vecci.

As of yet there are two different modes:

Full
Within full mode programs run on the vectrex are watched by the profiler and “subroutine” data is collected. The number of calls and the number of cycles stayed in one subroutine. The values are accumulated as long as the program runs.

Tracki-based
In the tracki-based mode “tracki” must be open and runing (preferable with correct values).
The profiler collects data per update round and displays the data of the last in tracki defined update round. 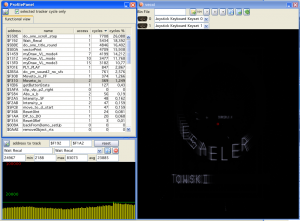 A profile of Release. 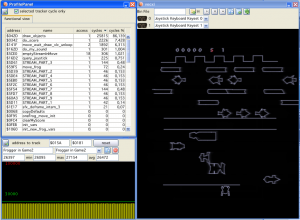 One of Karl Quappe. 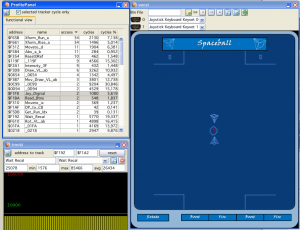 And one of the new “university games” – Spaceball.
I used this as an example to show that the joystick/button poll routines are called twice per update round – which is not really necessary.

There quite a few other changes and bug fixes. If interested in that small stuff – head to the download section and read the available changelog.

4 thoughts on “12th of June some Vide changes”