Thinking about doing another space oriented theme within vectorblade. I happen to have the idea of a giant sized spacecraft in the shape of a globe – as a boss fight. Don’t think anyone ever had an idea as such.

Anyway – the picture above might be a little bit detailed. While the image alone displays alright – Hertz-wise I might get into trouble if it starts shooting :-). 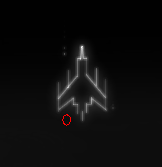 I just wanted to give a little status. For some weeks Vectorblade had been on the backburner. But a week ago (or so) I started to slowly get into it again. There were some things that I postponed since I really didin’t feel like doing them.

You might have read, that I was on the quest to have more space to have enough ressources to reach my 100 level goal.

For that to do I have:

In one week I’ll go on a holiday for two weeks, and this weekend is fully booked… so probably for another couple of weeks there will be no further update. 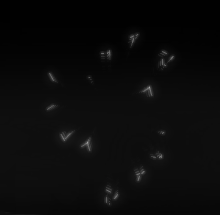 Vectorblade is in a state where I actually WANT to do new stuff, and that is a great incentive! Actually I played it a lot to find bugs and such – and I very much still like it. IMHO it plays like a charm. And although if provoked it might go under 50Hz – most of the time it is very fast and stable.

Bug fixes apart from the stuff mentioned above:

Added because I had some extra time:

I also did some documentation – since I am afraid that when I leave it alone for too long, that I can’t remember what I did.

Following I post the documentation of the level structure. This will most probably be boring and you probably should not read it – hehehe.

But it is my blog – and I also sometimes use it as “open” documentation – so here you go!