one month without an update – also one month on my side with very little Vectrex impact.
I finished Fallout IV (and played on for quite some time), started Skyrim VR, God of War, Wipout (VR) – and played Hearthstone.

Now I am starting to get back into Vectrex – slowly – before in two weeks I’ll be away for two weeks – holiday! Yeah!

Since I received some positive feedback, a couple of music/sound pieces and a success story of someone reaching continously boss 1 in Vectorblade…

– I have been thinking about Vectorblade again –
and my memory problems.

I started to shift data and functions from my main bank (bank 1) to my “support” bank (bank 0).
One particular problem I encountered is my use of memory addresses as part of the decision-making-data.

What I mean by that is e.g. (made up example – but internally similar things are coded):

If I spawn a shot – I must know if I have scoopies on my sides. If I had memory overflow I would have a flag somewhere which would indicate yes/no. As it is I check the behaviour function of the scoopy object. If it is 0x0000 than there is no scoopy if it is “enemyPlayerControlledRightBehaviour” – than it is a right scoopy.

enemyPlayerControlledRightBehaviour
In that case is logically the address of the corresponding behaviour function.

But otherwise each bank is completely seperate from the other.

You might say that is bad coding – and you are probably right. I should have considered my memory layout from the beginning – or do a complete redesign so that it fits.

Well sadly that is not the way I work. I am lazy and I don’t like to do the same things over and over again. Thats probably why my products are not as polished as Thomas’ or Kristofs.
My style of work is more trial and error in combination with evolving code rather than design and redesign…

Anyway I could not figure out how to build a complete 2-bank binary with assembler access only. Since one way or the other you always have to compile one bank first and than you are missing data you need from the other.
If you have some clever way how to do that with “includes” and “if else endif” – you are more than welcome to tell me.

My last “escape” was Vide.

I have implemented a mechanism, with which I can translate (assemble that is) both banks without errors and than injecting the needed address information in the final binary.

I’ll describe that in the following. Actually it is quite easy – but probably hard to explain (and to read).

That label contains all information needed for a post compile replacement:

Using the stuff above and some other optmizations I have about:

If I stick with my goal I have to magically pop some more memory out of the bins.

Per level – definition (including patterns, enemy definitions, behaviours…) I need about 100 bytes.
Implemented at the moment are 28 levels. Pure dumb calculation means I need about 7000 more bytes for the 100 levels I plan to do.

Also – level information must reside in the “main” bank.

You see – there are still SOME challenges left.

Only “visible” things I added since last alpha: 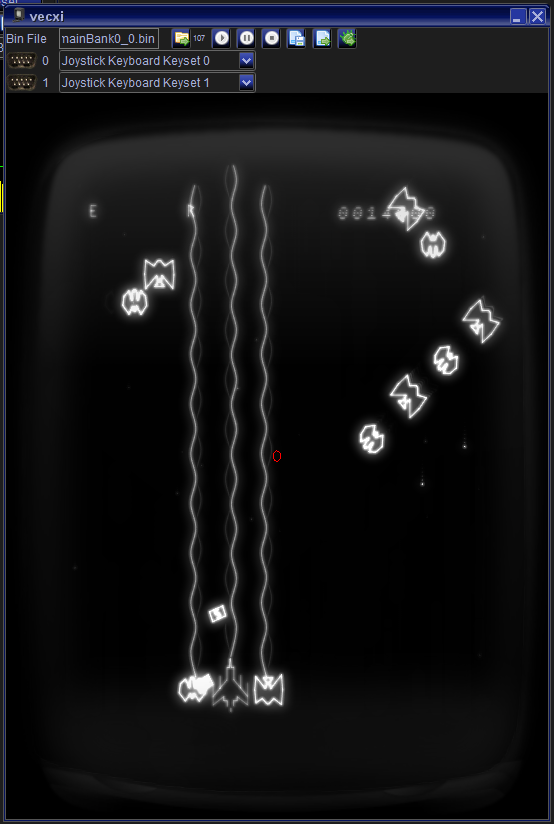