This weekend I visited a “retro” event nearby – the “DoReCo”. I’ve been there only for a couple of hours despite it being a 3 days event.
I guess I am not really an “event” type of person.

Anyway – I met Thomas (he had his own display table with his Vectrex and C64 hardware, eh – well actually he displayed a C128D…) and he gave me his newest “toy”: 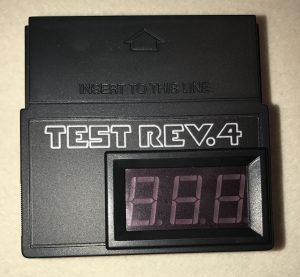 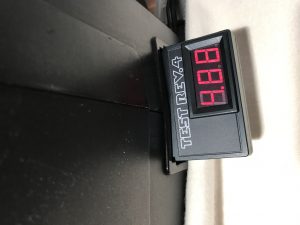 It being a module with the binary of the Test Rev 4 cartridge – including a display of the voltage at the cart connector. So you can see with one look whether the cartridge port is “working”. Possibly at one stage there will even be an overlay – cool ‘ey?

Also – he showed his newest version of his MAME – serial VecFever connecting stuff. Now included the control of most games via the Vectrex joystick.

Since I was only a “visitor” I didn’t really bring much. I had a prototype cartridge of Vectorblade: 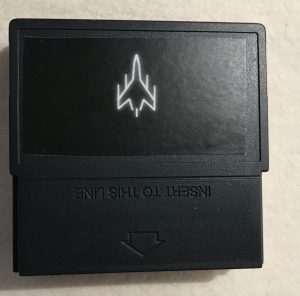 Actually the more I look at VB the less impressed I get with myself. It’s 90kB large and it honestly doesn’t look so “huge”…

But still – using the additional two banks via IRQ flag turns out to be pretty cool.  The IRQ flag can be set using different methods – depending on what I do – I either use T1 timer or Shift to set the IRQ. Sometimes even switching in “midair” between the two – it is working like a charm! I have written a set of “SmartDraw” routines which can be used out of the box, which keep the IRQ up the entire time. Right now I can actually use the additional banks (within reason) quite normally – I really didn’t expect that when I started with out… 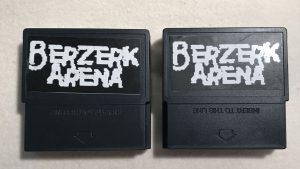 But that didn’t work out (carts were made specifially for that occasion 🙂 ).

I am not in a programming mood at the moment … so I just took a couple of photos and put them online.
Some images of my collection can be seen at: Collection