Although there was no diary entry the last 10 days or so, he steadily kept going! Vide is now in a “feature freeze” mode. There are a couple of cleanups to do, more documentation, but no new stuff anymore befor the first release! In a week Malban will be going on a holiday for a fortnight, he will try to do at least an official release candidate till than.

Now to the exciting changes that were implemented:

Vecci – although I am blushing as I say it – turned out very well, IMHO it is the best vector editing tool for vectrex on the market (well – the vectrex editor market is not so very big…). In the turn of events Malban tried out the “usual” tools like Inkscape and the like – but either these are out of his brains scope or … well that may just be it… They seem to be much out of proportion for vectrex editing. A couple of times he thought about implementing a svg import, but utlimately decided against it.

People who already used tools like above, won’t use vide to import, they already have their import facilities. People who have not used above tools, will decide against using them anyway, once they see vecci in action!

Also, all stuff usable in current vectrex assembler code can be imported to vecci, since a very workable ASM import is implemented!

Here a long list of things vecci can do:

Two examples of animations build in a matter of minutes in vecci:

Example of import from sources:

Example of an image – production process, including code generation and direct running in vecxi: 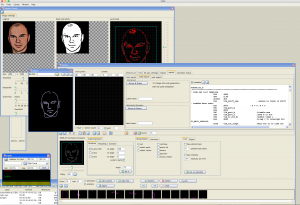 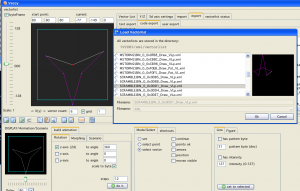 and thanks for all the fish!

Tagged on: Animation, Code Generation, Vector, Vectorize
By Malban | May 11, 2016 | Uncategorized | No Comments |