Ok – not really bad – but something that annoyed me. You might remember that I did a game called “Release “. You might also know that I promised a purchasable “unique” hardware cartridge to all people who commented on my blog.

I mailed all people that commented and got feedback, that they were interested. Except one person – all of them answered more or less right away. Now – I did not expect that people only wait for my email – and respond right away. Nonetheless, the email did not bounce – so it wasn’t a fake address. A week later I tried again, and after another few days I got an answer.

Since I wanted things to get on – I already did manufacture all the other release cartridges – so the last one was bound to wait a bit anyway.

The email I got in response to my enquiry was rather short:

some name
some street
some country

Sent from my iPhone

I might be overly sensitive – but for me, my own (first hardware) “Release” was something special. I only made about 10 carts and I was sort of a bit disappointed to not even get something like “Hey, nice – I am glad I can get one – thanks!”.

It took me several weeks to build the last cartridge – but I finaly – I guess about a month ago – I finished it and send it on its way.

Anyway – since I only made 10 carts, Vectrex and all around it is my hobby and I don’t really expect to make my living on vectrex stuff – I decided to collect money internationally for 10 carts was more hassle than profitable. I skipped the whole “purchase” thing and all people got their carts for free.

Still – I am annoyed – since not even for the free cartridge – which I am sure has reached its destination by now – I not ever heard a single word again. 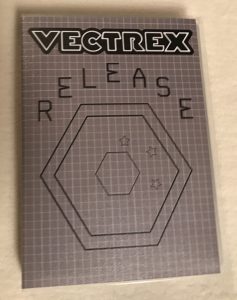 Well by now partly its a lie. Since today I finished (again) my probably last “Release” cartridge.

How did that come to pass?

Hugely impressed with your remake of Release. I was unaware of that game. I’m a huge fan of one-button (aka one-switch) games. I adapted a version of Minestorm so that it would work with a single button:

and used it at a show to get across accessible games for disabled people using a single switch.

I would absolutely love to get a copy of Release, to take to a showcase of games for children who use accessibility switches. I think it would be great fun to show them something so unique as your game.

I’d also like to enter it into a section into a book I’m writing on the history of one-button games and how they have enabled disabled people to explore new worlds and have more fun.

Is there anyway that I can buy a copy from you before August, do you think?

Now – how could I say “No” to that? The new “Release” is finished and will go to the post office on Monday – I am sure it will arrive before August :-). 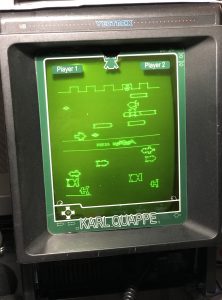 Last blog entry I wrote about Karl Quappe. Well that seems to be a never ending story. I got a couple of the “scratchy” manufactured overlays. While in principle they are nice – and using them as an overlay still works nicely – (one can’t see any scratches at all). Packing them up for new games is still probably not a goot idea – since they ARE rather scratchy: 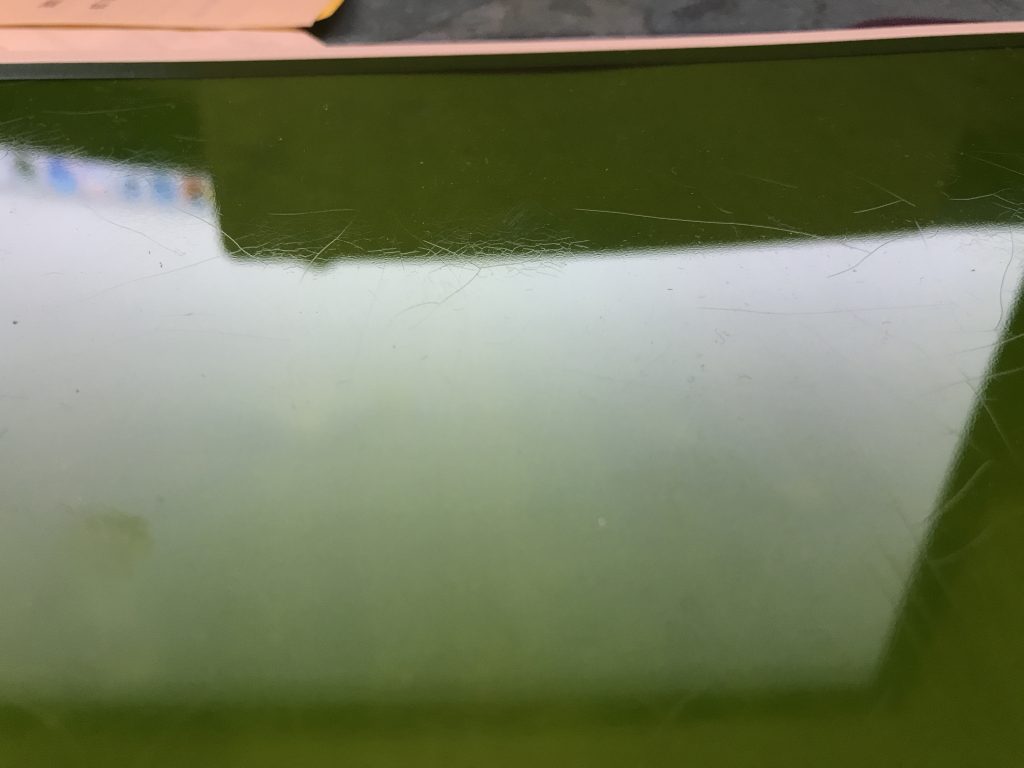 But I knew that – for some days now.

The bad thing is the following message I got:

…not crystal clear like originals or Chris
and Jim’s but fine when playing.
Big Blue were similar so for future ones
I will ask if they can experiment with colours
and inks that appear clearer. 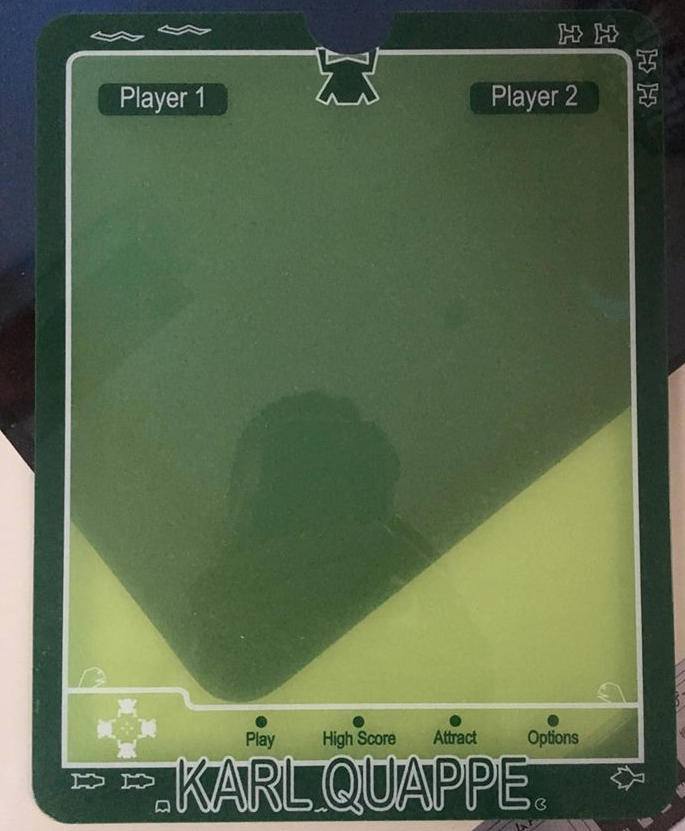 (I haven’t seen them first hand yet though…)

You know what? I am at an overlay point where the only thing I can do is – to say

I finished building all Karl Quappe cartridges that I will (probably) do. I won’t show you the boring “gray” ones but rather some teasers: 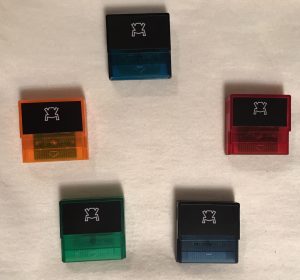 The colored ones for the “Deluxe” edition:

And some images of what the deluxe edition will look like:
(only with slightly “foggy” (or so it seems) overlays) 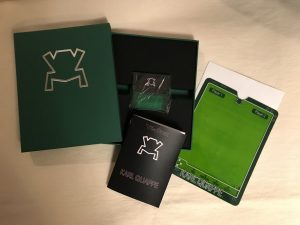 The green special edition will go to VTK. 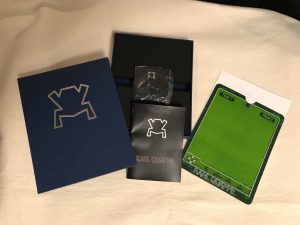 The blue special edition will go to Malban. 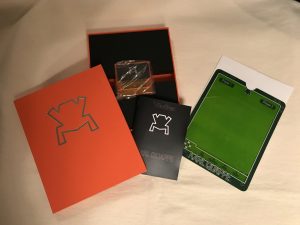 The orange special edition will go to Thomas Sontowski. 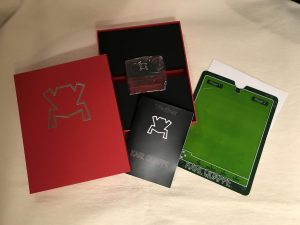 The red special edition will go to Jacek Selanski. 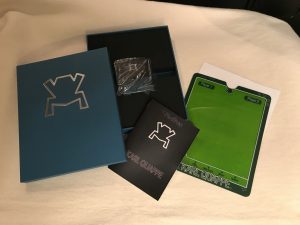 The cyan colored will be awarded at the vector war “gaming event” this year!

You might start bothering Helmut what games you should train for. I hope it will be Release and Karl Quappe – than I might stand a chance to win it myself!

At my first entry today I sort of was disappointed by a “fellow” vectrex person. This one is the opposite. Look at this beautifull thing: 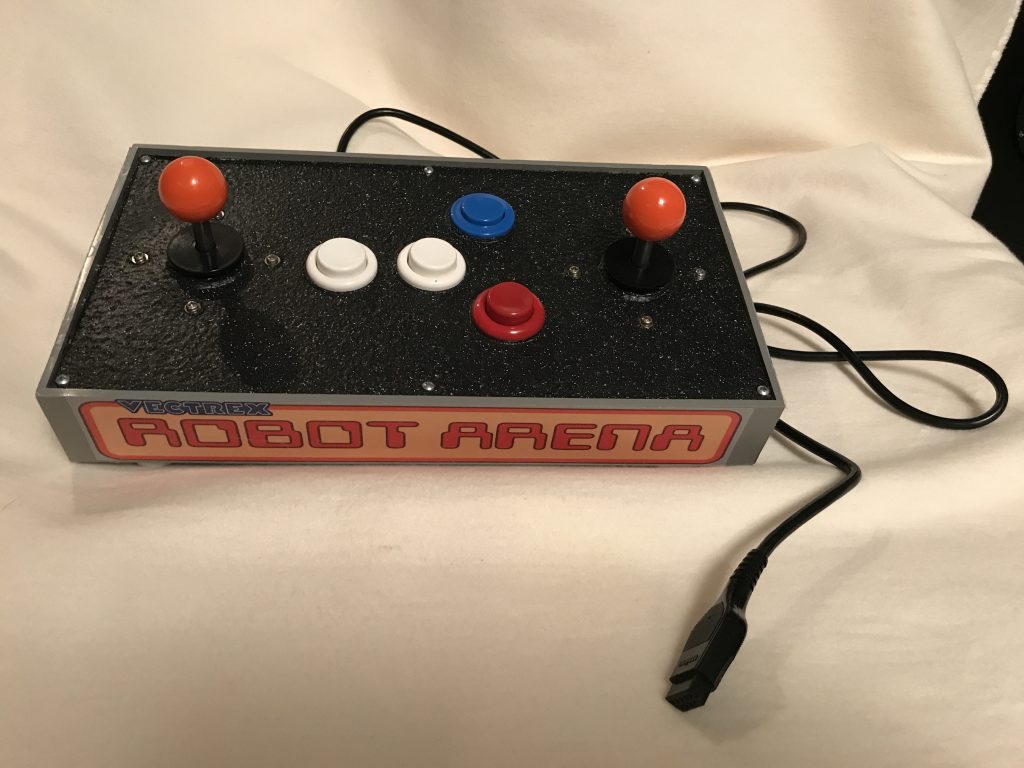 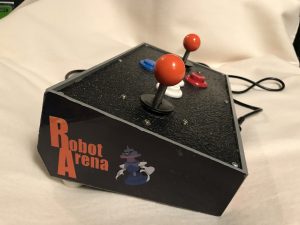 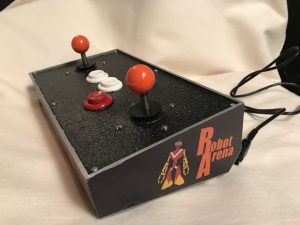 This one was sent to me as a present.

While I argued quite a bit with myself whether I should accept it (I think it is a rather large gift). The donor said he needed more space – and that he was going to build another one soon anyway.

Well – rather than let this one go to a trashcan – I accepted my duty and rescued it :-).

Right on my first game I did a new personal highscore at Robot Arena! Many thanks again, for this unique gift!

I finally came around and uploaded Vide 1.20 – also did documentation updates.

This version is about 100MB larger than the last ones – since I added quiet a few images of my own collection to the “Starter”. Also many games were added, from Vide now over 190 different Vectrex “files” can be started (internet connection needed).

Also started again some steps to a new OPEN GL “driver” this one looks promising. Rather than try again with LWJGL I this time started with JOGL. Should have trusted Franck Chevassu (ParaJVE) – that he would use the “better” java implementation…

Also got two new source codes for the “codelib”. Dan Siewers sent me sources for “Koko Retribution” and “Beccky’s Message” – Thank you very much!

One thought on “1st of July – Good and bad things!”