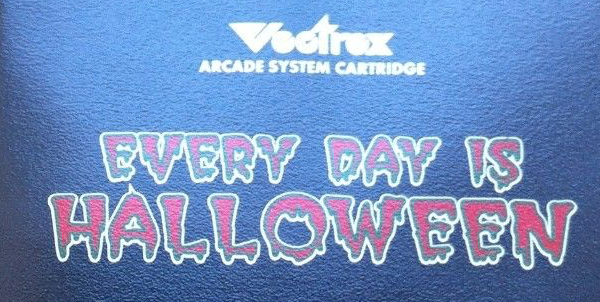 I have managed different phases of vectrex life.

Forgetting…
Than for the next 15 years I forgot all about vectrex and was playing and programming C64, Amiga, PC and the  like.

Emulator
Than emulators became a fashion and I started my own emulator project – a Vectrex emulator, which I never finished, because Keith Wilkins did DVE, released the source code, and I jumped onto that wagon.
To improve the emulator to be used as a development tool I started…

Programming Vectrex
I wrote a first “Pong” than a “Frogger” and some trials and demos after that. Even did first “C” dabblings with gcc 6809.

Forgetting II…
I don’t really recall what “happened” but my focus drifted to other things again (new girlfriend? relocation to another city, or just a very gripping game? (HOMAM III?))

Do it again Sam
Again – I can’t really say what sparked the interest – I think it was the Christmas holiday in 2015 – when I thought “hey, Vectrex!”. I wanted to write another game. I discovered that old tools were nearly useless or well “old” – so rather to start programming a vectrex game – I started to program tools to enable me to write vectrex games more easily (Vide).

Programming Vectrex II
I discovered that in my absence great programs had been developed (Protector, Vector Pilot – to name just the most outstanding programs).
I also discovered, that the actual information about the vectrex that was available (programming wise, or hardware wise) had not really grown.
It seems programmers were doing their “secret” stuff and keeping it for the most part (noteable exceptions are eEprom programming and VecVoice/VecVox).
Actually (although I find the fact rather disappointing) that “sort of” helped me. Since much of the open/available information were things that I put together, and people remembered me and my doings from nearly 20 years ago. I really had a “welcome back” feeling.

Start Collecting
Although I have genes in my gene pool that strongly support “collecting” all stuff I can lay my hands onto – I had never been collecting vectrex stuff.
I had a vectrex unit (which was given to me by my former girlfriend) and a handfull of cartridges. And I was quite happy with that.
My first programs (back in the last millennium) I did with an eprom emulator and a pcb which John Dondzilla gave me (those were the times!).
Anyway – being remembered – I was given some carts, development tools etc for free – COOL! (Many thanks people!).
(This also sparked the new Karl Quappe edition, which was originally ment as a thank you to those people.)

Somehow, along getting more vectrex stuff, ebay and facebook … I caught a virus … “Collection” – you can see some of the stuff on my pages.
Virtually thousands of Euros… (yea, I even have a “Mr Boston”). I have probably overdone it a little (tiny little)…

Stop Collecting
This is now. I am stopping “collecting”. I don’t say I will stop buying vectrex stuff in general – but I will stop buying things just so “I have them” and my “collection” grows.
The final nail to the coffin of “collecting” is the “Every Day is Halloween” madness, that is currently happening on ebay.
(Chris – this is not against you, you are obviously serving a “need” of people – although you DO profit from them (us?) – my estimate would be you nearly made 2000 pounds when selling those 10 special editions – perhaps I am a little jealous?)

At first I started bidding with the crowd like any “good” collector wood do. But something in the back of my head made me think “what are you doing?” – you already have that game – what is the difference but a “blinking LED”, a tiny text difference and a different package?
A – yeah – only ten exist! – greedy, greedy collector brain…

Nope – I am the master of me – not the animalistic instincts of my “Gatherer-” ancesters. I stop bidding. Here and now.

If my “Gatherer” needs specialties – I can make my own, stuff that nobody else but me got.

You might think I also served the ever present “collectors” need with my very limited editions. Perhaps I have. But it was not intended as such. I made it very clear why I did my limited editions and who were the receivers.

Also I gave them all away for free (nearly – I did auction of one “leftover”).