In the last days I did quite a couple of small changes to Vide. Following some I can remember :-)! 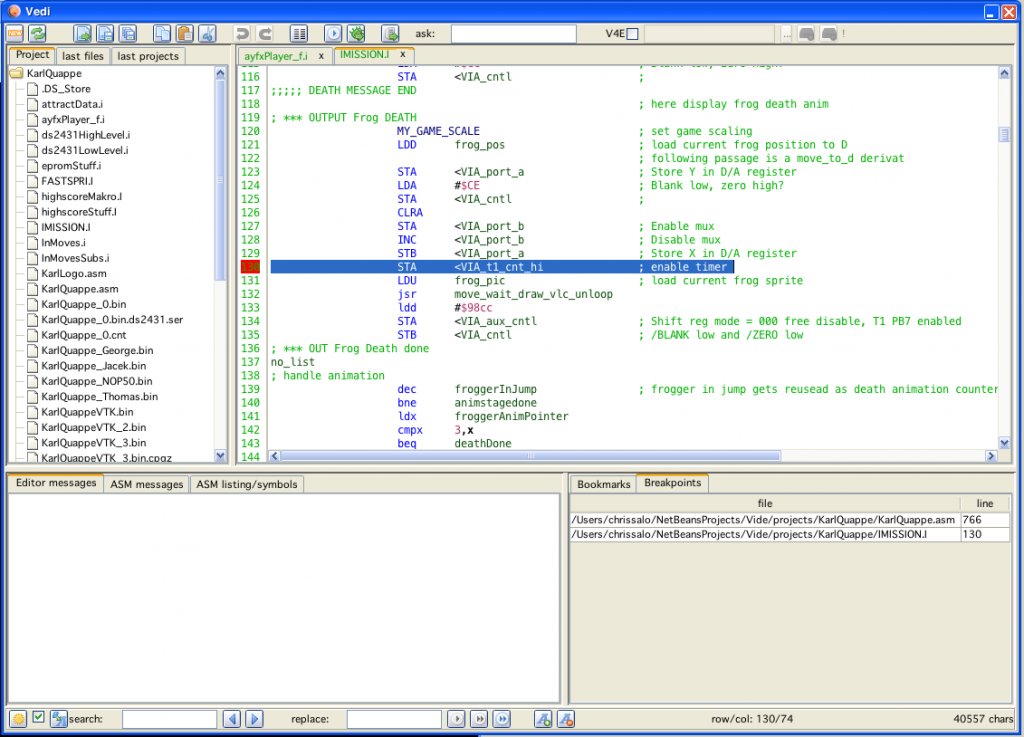 a) above you see some of the changes I made to Vedi. You can now add breakpoints in your sources by clicking on the line number (toggle), below a table was added, that lists all currently active breakpoints. Double clicking on an entry also jumps to the definition.

b) while I was adding a table anyway, I also added a list for the bookmarks.

c) scanning of variables should be hopefully a bit more accurate

d) vedi now not only remembers what files were open, but also places the position to the last known line

e) enabled finaly the “save all” button (totally forgotten about it)

a) vari (the variable list window) is now sortable, makes it faster to find a named variable

a) some bug fixes to the “raster” conversion window

The above not documented yet – but added a section under “Programming The Vectrex” called “Findings” under which I gather “strange” behaviours I (or some others) discovered, headings are:

– VIA: delay of SHIFTREG
– VIA: 9 shift bug
– VIA: stalling of the SHIFTREG
– Analog: zeroing (time until the integrators are completely zero)
– Analog: integrator retain ?
– differences in “weight” (scale and strength)
– sampling to the amplifier circuit
– different dac delay
– buzz / no buzz (CART line)

It has been a bit quiet on the communication front.

Thats all there is for now – new downloads not available yet though.