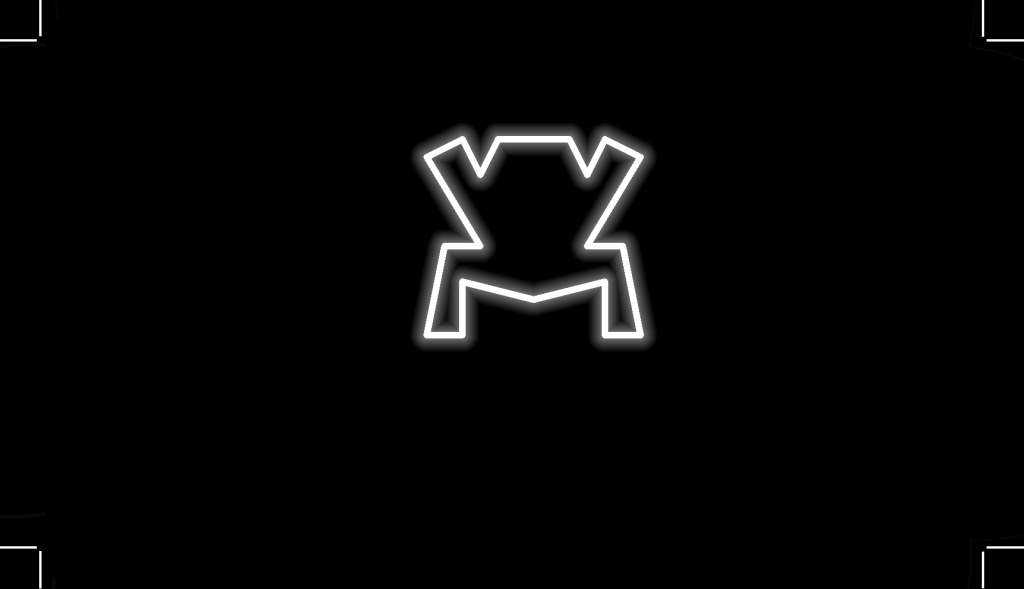 The last couple of days I spent time on things vectrex related – yes – but not programming.

I decided to tackle the last “obstacles” for Karl Quappe:

For a), b) and c) I started to begin to think about learning to use InkScape. Since I have none of the pricely alternatives (Coral Draw…) – I thought I might try a free vector drawing program.
Much like Vide – Inkscape is not a program you can easily learn by just looking and doing trial and error. One has to read and explore. Anyways – every day I now learn a bit more and although I am not finished yet – I am starting to like my progress.

Cartridge Label
See above image. I’ll do two versions, one glossy and one – not. It is a very plain label – but it tells you all you need to know – KARL QUAPPE inside :-).
(… and now I recognize the image is slightly of center… well – handmade …) 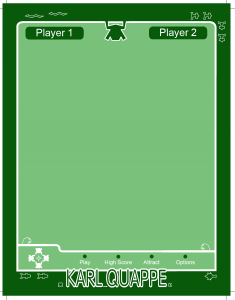 There are a couple of versions I did. But I think in the end I will settle with something very much like: (see image)

While I expect everyone thinks it would be cool and smart to use at least different colors for the street and the river – and I kind of agree – it is not so trivial as you might think.

Sure – editing an overlay is not that big a thing, but the game underneath the overlay should also still look good.

The sad truth is, that the vectrex still is an old analog machine. And even with the small sample group of my own three vectri, I have not been able to come up with a multi colored overlay that fits on all three vectri. The vectors are always in slightly (and sometimes not so slightly) different positions, so that the colors of the lanes (on a fixed overlay) are in wrong positions.

While there have always been “tricks” especially in the “new” vectrex programs (calibration screens) there are two points:

b) to work there are major code changes necessary, which I am – only for the sake of an overlay –  not going to do
(which would also inevitably result in quite a cycle-loss)

Instructions
Still working on these – and I think I will continue to do so for quite some time yet.

I already did a couple of first shots, but these are not finished nor fine tuned.

The title page will be similar plain as the cartridge label: 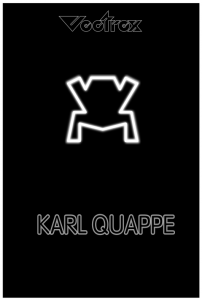 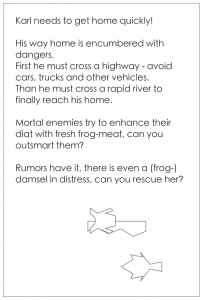 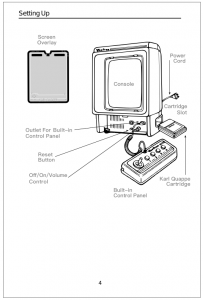 While working on the instructions, it occured to me that it would be nice to have the one or the other screenshot within the instruction. But screen shots of the classic kind tend to get very pixelated – and are not handled well by a vector program.

And combing the above mentioned facts resulted in a new feature in vecci – you can now export vectorlists to svg format.
(oh well, this is not really sophisticated, only the “line” command of svg is supported – but that is enough!)

Since the feature of a “vectrex/vectors- screenshot” has been included in dissi for months, I now have a viable usage for that – doing instruction manuals :-): 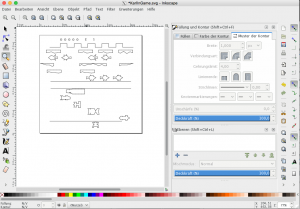 A Vectrex – screenshot saved as svg and loaded into InkScape… Now who out there dares to tell me that is not cool!

I outsourced the “box question” and I am waiting for the results – haven’t seen anything yet.

But I am also thinking about a variation – a box for the mega limited edition (3 or so) which would very much look like the old protector box, but with a KARL QUAPPE instead of the Protector symbol, also I would like to emboss the image and instead of a black box a dark – very dark – green box.

4 thoughts on “Not quite programming…”