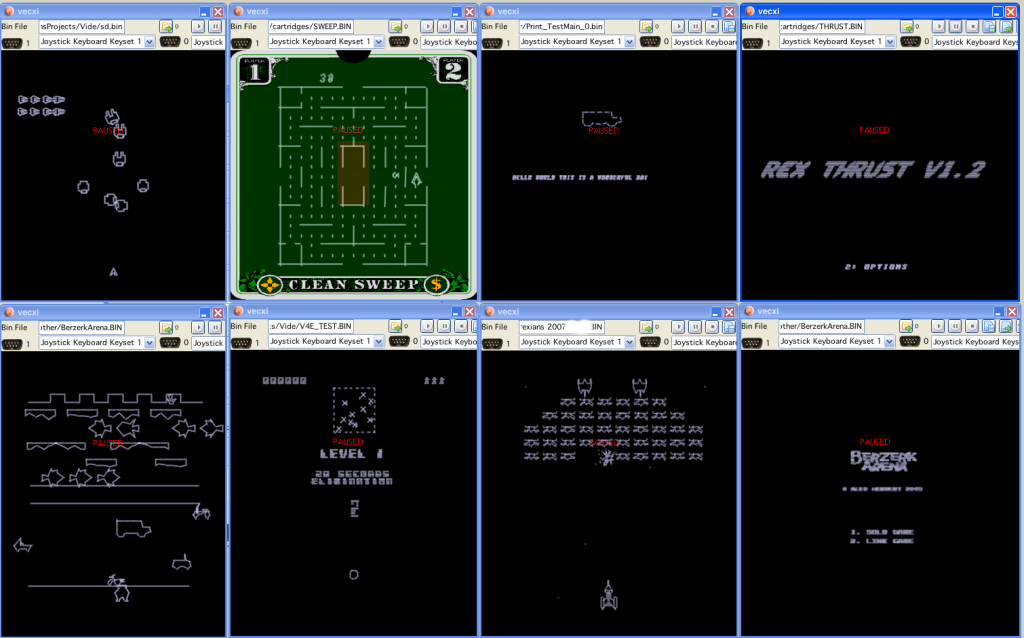 I added two options to Vide, T1- and Shift- delays.
This is not the correct emulation of VIA I mentioned in the last post – but fiddling with the settings I was able to get all known vectrex bins to work/look like they should.

I tested above 8 “problem” carts: 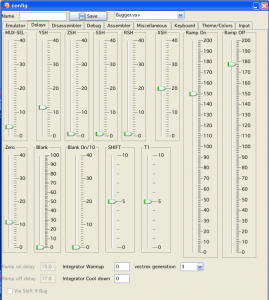 This is still a “Rutherford” – Version of Vide.