Today I used a feature in Vide which has been implemented all along – but I never really used it. In Vide projects you can associate project files with:

This was (apart from other things) intended to preprocess files or use a different assembler than the internal one.
(For that a script to execute the Kingswood assembler is included – but probably never has been used)

For a possibly new game – in the moment little more than research – I built a tile map as ascii strings. Such a tile map – if build in ascii for a little 80×80 tile map occupies well 80×80 bytes = 6400bytes – which is larger than most original cartridges. 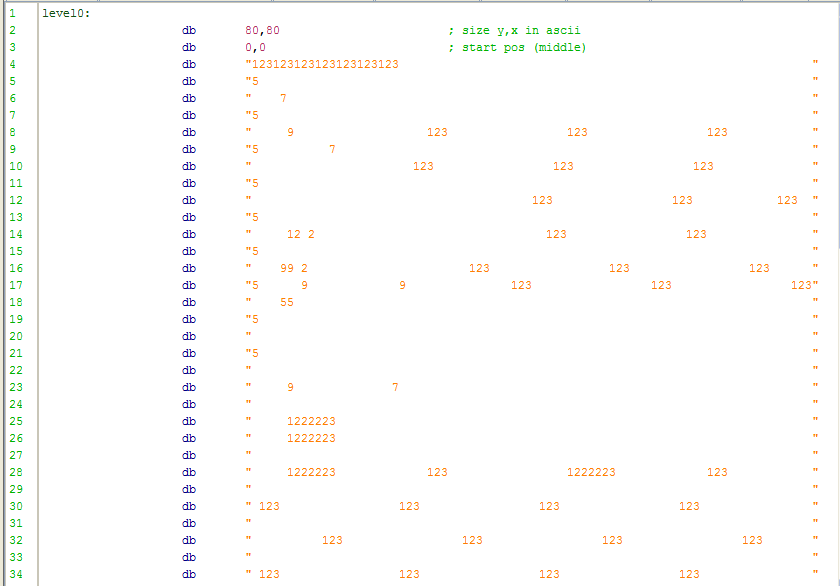 In Vide the data is kept in a file e.g. “level1.i” – each file in a project can have said properties. To access the properties right click the file: 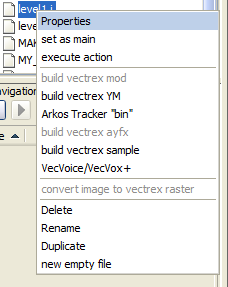 … and a dialog opens: 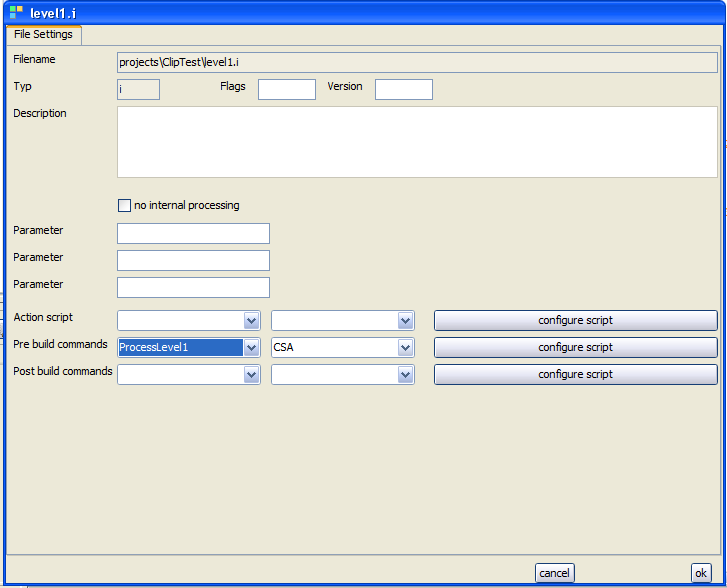 Here you can set a script which should be executed befor each “assemble”. For this case I called the script “ProcessLevel1”. The configuration of the script can be accessed using the appropriate button. The window looks like: 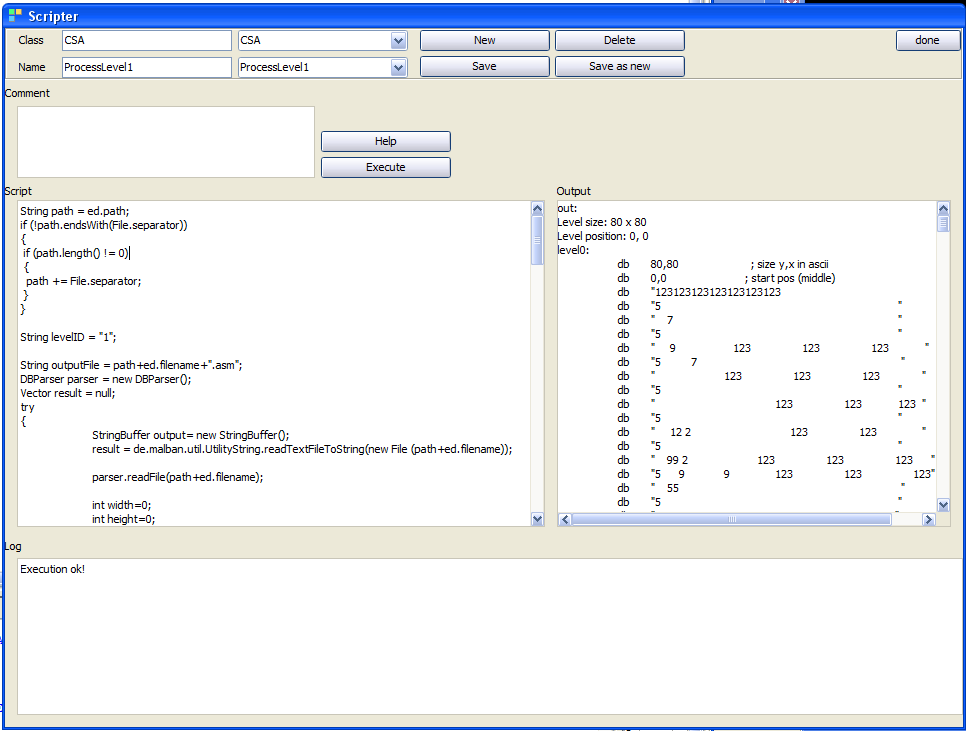 Now – I must say that window and the whole configuration stuff is not very user friendly. But basically you can program Java 1.1 here to do your processing.

The denoted editor file and its values can be accessed with “ed”. In this case I load the file from the hd, and process it and save it under the filename with an additional “.asm”.

The processed level data is somewhat “condensed” to include only actual tile information and their respective positions: 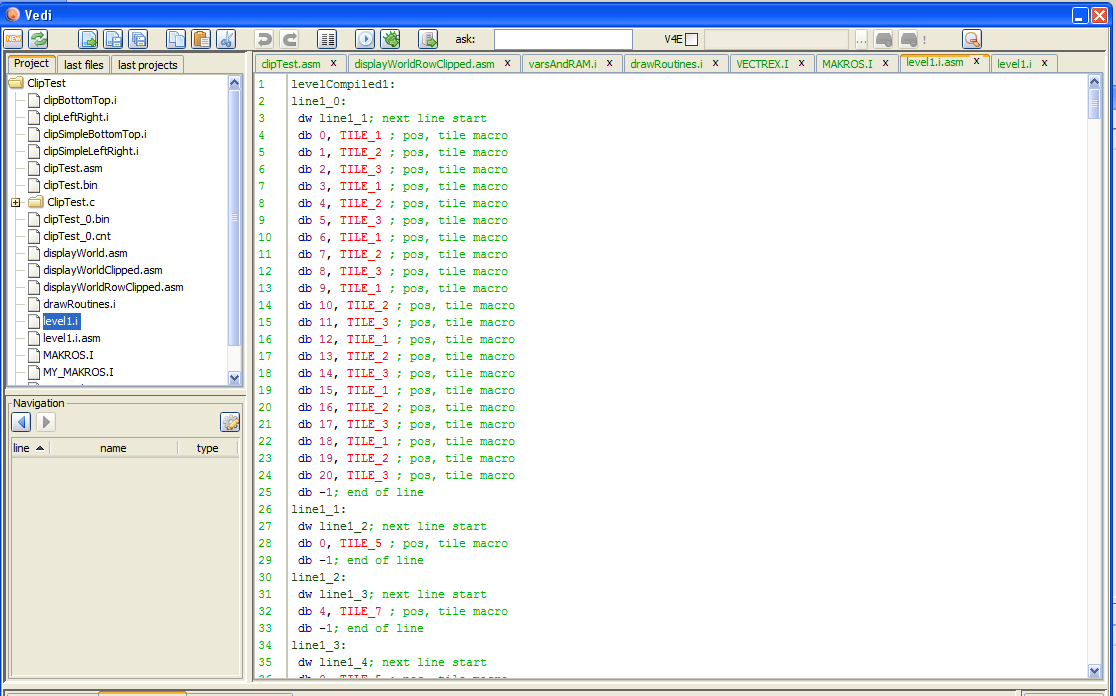 The original source code not even contains the “level1.i” file as an include.

In this case it is enough to include the resulting preprocessed data file:

I am simply amazed, that this stuff still works, even if I haven’t touched it (nor really tested it extensively) in a long time.